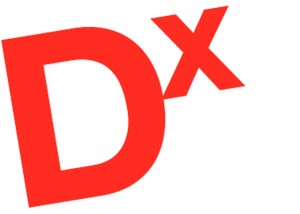 The latest nearby TEDx conference happened a couple of days ago. I was fortunate to be a presentation coach for several of the speakers, so I watched a lot of the rehearsing as well as the main event.

TED-style talks are an immense challenge, both for the speaker and for the people who support that speaker. Many variables come into play, some of which may be unexpected for people who only know the talks from the online versions.

Here are some of my impressions.

Just like for any presentation, the first variable is profiling the audience. For a TED-style talk, some speakers aim at the ±500 people in the auditorium on the day itself, some are speaking to the potential millions who will see the talk online in the eternity of YouTube, and some performers’ goal is to talk to both audiences.

All possibilities are equally good (depending on the subject matter, of course), but they all require different kinds of preparation. The examples you choose for a “web version” will probably be different to the examples that work “live.” Even the choice of words might be different – we had a debate last week about choosing “Shoarma,” “Kabob,” or “Fast food” as a descriptor. Which one gets the message across to more people?

A TED-style talk is more conversational than other types of presentations. It’s also always done without notes, usually with very few slides, and never with bullet points. As a result the speakers really must be well prepared – there aren’t any “do-overs.”

I’ve noticed that the most fluent speakers put their talks into an identifiable form, for example: introduction, 3 supporting examples, and conclusion. The ones who lost the thread or who stumbled had either too many examples or a structure that was too complicated for them (or the audience, for that matter) to follow.

There have been plenty of satires about the typical TED talk, i.e. personal story followed by surprising statistic followed by an “aha” moment leading to “Let’s change the world, together. Thank you.”

Nonetheless, kitsch doesn’t lie in the structure; it lies in the execution of the structure. There were probably more than a few horrible sonnets written in the 16th century, but that doesn’t stop us from admiring “Shall I compare thee to a summer’s day?” If a TED speaker has a well thought-out structure that helps him or her to perform it engagingly, it can be an extraordinary thing.

But narrowing in on the audience, practicing until you are blue in the face, and putting your talk in the most beautiful structure possible will not guarantee success.

TED’s motto is “Ideas worth sharing.” We asked every speaker, time and time again, “What’s your idea worth sharing?” Even at the end, though, some of those ideas were vague, some were too complicated, and some were expressed in extended paragraph form.

On the day of the conference I walked around at the breaks, listening to the audience members talk about the talks.

Some people mentioned the talks that made them laugh or cry. Those were the ones with examples about the foibles of humanity or about when someone’s parent died. It’s fantastic that the speakers were able to touch audience members’ emotions, but I wonder if the ideas actually got spread, or just the emotional moments. Were the examples in service of the idea?

Sometimes people talked about the person delivering the talk: “the chaos guy” or “the child prodigy.” Here, they were talking about the speaker, not the speech, the how it was said and not the what was said. Again, I think the spreadable idea didn’t get it’s maximum sharing.

The really successful talks were the ones where the audience remembered the idea of the talk. Then there were actual conversations and debates. Then the talk had an effect.

These were the talks where you could put the idea into a tweet, where there was a sound bite, where every story, statistic, and “aha” moment supported the idea. They could have had titles that weren’t just descriptions of the subject matter, but that were core ideas themselves.

These talks were often compacter, with the excess removed, and made me think of Michelangelo’s famous statement about taking away all the marble that wasn’t the David.

My brother in law once compressed every diet book on the market into one Post It note: “Eat less, move more.” That’s a tweetable, even if it might not be worth sharing.

Naturally, for any talk, there has to be supporting evidence and the ethos, logos, and pathos that make it resonate and have an impact on the audience. And naturally, the tweet needs to help us remember the substance of the talk.

Wouldn’t it be great if we were able to go to conferences like TEDx and come home with a carton full of compressed “idea bombs” that were designed to explode when they come into contact with our brains?

Jonathan Talbott founded TIP (Talbott International Presentations) in 2012 with the ambition to make the world more interesting, one presentation at a time. He is internationally recognized for helping his clients create and deliver presentations that go straight to the point and achieve results. He has helped hundreds of people and companies improve their pitches (small presentations), which has led to a direct increase in their bottom line. For longer presentations, his clients have included both small and multinational companies, non-profits, start-ups and political parties. TIP is based in The Hague in the Netherlands. 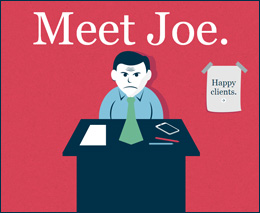